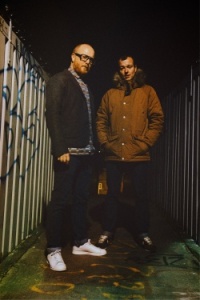 This first person, survival, horror game was developed by The Creative Assembly and released in October 2014. In keeping with the Alien movies, this new chapter is set in 2137, 15 years after the events of Alien and 42 years prior to Aliens.
The game follows Amanda who is investigating the disappearance of her mother Ellen Ripley. She is transferred to the space station Sevastopol to find the flight recorder of the Nostromo. As we all already know, an alien had terrorized the station and killed most of it’s crew.
The score is ingenious and a true musical nod to Jerry Goldsmiths score from Alien. Having obtained the license to Goldsmith’s score, Joe & Alexis plus Joe’s brother Christian, lifted the scores motifs and expanded them. The result not only re-creates the Alien world and all the tension which goes with it, you get to hear the original score motifs in a completely different way.
This is on top of the Henson and Smith tension filled score and SFX. It’s a heady mix. And an extra bonus is that musicians who played the original score at it’s recording were also part of the orchestra for Alien:Isolation. Sadly the score has not been released, here’s hoping that it will become available soon.

Firstly I would like to say that having heard the sound clips – it is just fantastic how you have taken the Jerry Goldsmith original Alien score motifs and expanded them. It is great to hear them in a new way. How did you feel working from a Goldsmith score?

Joe Henson: There is always a little bit of ‘blank page’ fear when you first start a project – especially something as well-known as Alien. Once we got started it was amazing, being able to use the motifs and sounds that we had always loved.

Alexis Smith: Yes, it was a bit intimidating at first, but as the music we were doing was to be mostly interactive, and the gameplay was a lot longer than a film, we knew that we would be going in a lot of other directions as well, not just using his score.

Hearing the expanded motifs they do capture the doom laden horror of Alien, was it difficult to broaden them out and then to add to them?

J. We worked with my brother Christian on this score. The first thing he did was a piece where he took all the licensed Jerry Goldsmith cues and expanded them out to an 8-minute suite. We then used elements from that suite throughout the game.

A. As we all knew the score well beforehand, and studied it in even more detail at the beginning of this project, it wasn’t difficult as such, we just wanted to make sure we did it right. There are a lot of sounds and textures as well as motifs that instantly put you in the Alien world – the col legno snaps through tape delays, the atonal aleatoric string chatter. We used these kinds of sounds to unify the score.

Altogether how much music did you record for the game?

J. We recorded a huge amount of music. As well as the actual score we also recorded a lot of assets to be used during the process of writing the soundtrack. It is almost impossible to mock up the aleatoric orchestral elements, so we recorded a lot of this first that we then made into bespoke sample libraries.

A. We ended up with about 3 hours of music that was used in the game though.

I was fascinated to see that the developers did not want a ‘static score’ and that they had a Context Driven Sound Engine. Did that make any difference to how you put the score together?

J. You always have to keep it in mind, but we try and not let the implementation of the technology impede the compositional process too much. In the end it is just music, but it’s being delivered in a different way.

A. It’s a puzzle, sometimes quite a complicated one. A lot of composers get put off by this, but we quite enjoy it.

How much music did you compose for the actual game? [repeat]

J. Actual in-game music was about 3 hours. The gameplay is 10-20 hours so it is played back by the system in ways you will sometimes never hear twice. It is so interesting in games that we sometimes won’t hear the music in its final form until we sit down and play the game on release.

Seeing the gameplay videos it works brilliantly, are you happy with it?

A. We are all very proud of both the music and being involved with such an amazing project. There will always be things that we’d love to go back and tweak, but it is amazing playing the game now seeing the Alien and music working together. It still scares us too! 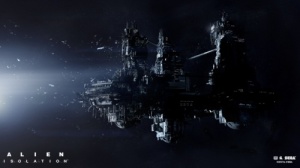