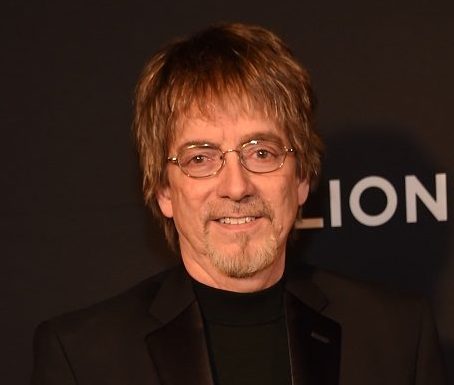 Multi-award winning composer and producer Paul Mills has been creating music for over three decades. Among his 15 feature film scores are the critically acclaimed Woodlawn and the #1-rated inspirational film, War Room, for which he won an ASCAP Screen Music Award in 2016.

Born in the panhandle of West Texas, Mills was drawn to the piano early on and worked his way up the ascending scales to graduate Magna Cum Laude with a Bachelor of Music in Theory and Composition from the University of Houston. In the early days of his career, Paul spent a portion of his time in the studios of Music Row, producing and recording artists like The Imperials, Wayne Watson, Phillips, Craig & Dean, Twila Paris, and Newsong. Over those industrious ten-plus years, Paul’s production efforts helped to craft a staggering 40 #1 singles. He produced and co-created the highly successful album/concert series, “The Young Messiah,” an annual Christmas tour boasting a variety of talented artists.

The accumulation of such a wide range of accomplishments earned this busy musician his first-ever GMA nomination for Producer of the Year early in his career. Since that accolade, others have been added to the list including American Songwriter Magazine’s ‘Christian Producer of the Year,’ Best Score at the Gideon Film Festival, and multiple Platinum and Gold-selling albums and compilations.

Through his work as a producer, Paul was led to filmmakers The Erwin Brothers where he produced music for the Roadside Attractions hit music biopic I Can Only Imagine starring Dennis Quad. Some of Paul’s other film credits include Against the Sun starring Garret Dillahunt, Tom Felton, and Jake Abel, Kill the Man starring Luke Wilson and Joshua Malina, the critically-acclaimed Still Breathing starring Brendan Fraser and Joanna Going, among others. Paul’s latest score for the feature film Overcomer will be released in August 2019. The soundtrack is available on CD through major retailers.

This [Overcomer Main Theme] is a great opening piece and it totally grabbed my attention with its beautiful surge of strings, it really captures the sporting ‘reach’ – the power and the force of mental and physical strength needed in sport. How did you find the ‘hook’ for this score?

Thanks so much for your kind words, I’m glad that the opening did its job and grabbed your attention! Director Alex Kendrick and producer Stephen Kendrick always want strong “hummable” themes. Alex used words similar to yours in wanting the music for the opening to immediately grab the audience’s attention and let them know that an important story was unfolding. I chose the horn section to carry this first iteration of my “Overcomer” theme because they carry gravitas and nobility to the sound. It’s almost gladiatorial in feel and scope, especially as the audience is carried along by the music into the gymnasium where the crowd is cheering and the athletes are competing. The theme itself climbs and then falls, then starts higher and climbs and falls again. In only a few notes I wanted to represent the continuous effort of a great athlete as they make headway, and then lose a little, but then they come back harder only to keep coming back. This mirrors the journey that the two main characters embark on as they try to find their true identities.

I was delighted to hear the 6 note leitmotif reappear complete with sweet violin in the track We Take Everything. This was stripped back and held more gravitas – it’s sad and thoughtful. How do you get the balance musically between the physical and emotional sides of the story?

I must thank you again! It’s gratifying as a composer that you noticed this. To me, the “Overcomer” theme being stated here in a more vulnerable and emotional way helped us see these athletes as still noble and a bit heroic, even in defeat. I think you noticed yourself how I get the balance musically between the strong physicality and the human emotion of the characters. It’s in the orchestration. The first two cues, “Opening” and the basketball game “Full Court Press” use horns and low brass as well as big percussion and very active pulsing strings to show power. While the locker room scene “We Take Everything” strips all that back to no percussion and just warm heartfelt string swells with a single lonely horn at the end of the piece.

The tangible gentleness of Hannah’s Theme with piano and violin – the lead instruments throughout the score, what made you choose these?

I am blessed to have an incredible principal violinist, David Davidson, and I am always composing with him in mind. A dark, soft and gentle piano with his violin stating a theme or partial theme over the top always pulls my (and I hope the audience’s) heartstrings, but without getting maudlin or sappy. Again, I wanted a theme for Hannah that would show her loneliness and struggle in the beginning, a very intimate orchestral treatment. But, after she wins the final race, her theme becomes very boisterous and victorious in the medal ceremony.

In other places, for instance, when Thomas is talking from his hospital bed telling his story, the dark, simple piano mixed with ambient synth pads work well under those dialogue-heavy scenes.

The First Race with its drums is aspirational as is You’ve Got This, the latter having a momentum, there is a feeling of no turning back. How do you build these layers?

I will watch action scenes without any music several times to get a feel for the visual rhythmic activity and natural breaks in momentum. In “The First Race” there is a natural decrease in activity from the start of the race 37 seconds in as everyone is finding their stride. You hear this in the music. So, the opening has many layers of percussion, strings, and brass, but at that break, it backs off to lighter strings and less percussion.

Sometimes I will score action scenes like this by building a drum and percussion track first. So, the opening of “The First Race” has massive drums at the start, but then they back off in the middle, then come back at the end. As you noticed in “You’ve Got This,” there is more sixteenth note activity both in the strings and in the constant tick tack tick tack in one of the percussion instruments to add almost an underlying anxiety and movement. The low perc builds 1:34 into the track and there’s a key change there as well that builds momentum going into the end of the piece. Also, “You’ve Got This” is layered a bit differently in that 52 seconds in it has a very high string melody with less going on in the middle register of the orchestra, a relaxation to a degree after the big opening. The horn section and this high melody have a sort of duet together later on, and the further the piece progresses, the thicker the layering gets, adding low brass and percussion to fill out the spectrum.

You are no newcomer to music for sports films with Woodlawn and Run the Race. Was it your work on these soundtracks which influenced the film company to approach you to score this film?

This is my second film to score for the Kendrick Brothers, the first being 2015’s “War Room.” I was hoping to work with them again as “War Room” was a great experience. So, it really made my day when Stephen called me to join the team again.

“Run The Race” probably did not influence them since it is a very sparse indie-oriented film score with lots of acoustic guitars, solo violin, calliope, banjo, and even washboards and bicycle bells! BUT interestingly, the Kendricks actually temped “Overcomer” with a lot of my music from “Woodlawn,” so I knew they liked that music and were looking for a more epic treatment for much of the “Overcomer” score. In a way, Hannah’s story is a little like a superhero origin story because she is discovering her identity with the help of her coach, John, and the school principal.

One of the pivotal tracks is The Last Race, which brings all the soundtracks elements together. At 11minutes 28 seconds was this a difficult cue to put together?

It took a while to get going on it for sure! After Alex, Stephen and I had our music spotting session we decided that this was the most important cue, so I went back to my studio and started on it first. It was a real struggle for a couple of weeks, but then I realized that I did not have any thematic material to develop there yet. I then told Alex that I needed to go back to the very beginning and find the themes for the movie. So the “Opening” was actually the first cue I composed and got approved by the filmmakers. I then went to the scene where we first see Hannah in her room and worked on her theme until it was approved. Next, I composed the scene where John and Amy have an argument and a subsequent reconciliation (“You’re Not Helping Me” and “I’m Right Here For You”). Some of this material is used and developed in the scenes with Thomas. So really, “The Last Race” was almost the last cue I composed, but by that time I had such a wealth of thematic material to draw on, I knew what I wanted to do and what the musical journey needed to be. The first version was about 80% there, and with Alex’s very clear and specific direction in the music, we got it reeled in with just a few revisions.

Do you have any other score assignments coming up which you can share with me?

Yes! I am currently finishing producing and mixing the songs as well as mixing the score for the new Erwin Brothers’ music biopic “I Still Believe.” I am also composing the score for the new Chonda Pierce comedy “Laugh. Love. Karaoke.” It’s my first comedy to score and I’m looking forward to it. It’s already been a laugh-fest hanging out with director Chris Dowling and Chonda. She kept us in stitches during her song vocal sessions!

Ley, thank you so much for this enjoyable interview! Your questions were very stimulating, and it was great to get to talk with you about the scoring process for “Overcomer.”